Eugenio María de Hostos (1839–1903), known as "The Great Citizen of the Americas"), was a Puerto Rican educator, philosopher, intellectual, lawyer, sociologist, and Puerto Rican independence advocate. He wrote his most notable work, the novel "La Peregrinación de Bayoán" in 1963, which was initially censored by Spain. The book mirrors Hostos' own quest for value, purpose, and meaning of life.

"With the help of his tutor Rafael, Manuel became an avid reader. He so enjoyed the writings of local authors, which emanated a strong sense of Puerto Rican identity. Their works made Manuel grow closer to Puerto Rico and its people. ..." - Antonio's Will

José Gautier Benítez (1849-1880) is considered the highest exponent of post-romanticism in Puerto Rico. He is known as "The Puerto Rican Bécquer." He authored poems with various themes, including  friendship, the homeland, love, and death. Some of his poems can be found in this reprinted anthology (in Spanish). 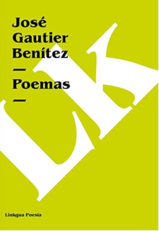 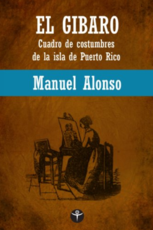 Alejandro Tápia y Rivera (1826–1882) was a Puerto Rican poet, dramaturg, essayist and writer. Considered to be the father of Puerto Rican literature, he was also an abolitionist and a women's rights advocate. He supports these causes in La Cuarterona, a three-act play about a romance forbidden by race and social class.

The Shadow of the Wind

Lola Rodríguez de Tió (1843–1924), was known as a great Puerto Rican poet throughout all of Latin America. She advanced the causes of women's rights, the abolition of slavery, and the independence of Puerto Rico. She authored the Puerto Rican anthem "La Borinqueña" and desdended from  Juan Ponce de León. 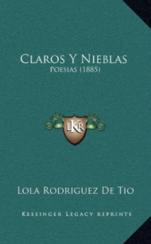 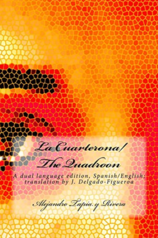 Follow me on  Goodreads  for my  latest reads and reviews!

BOOKS MENTIONED IN ANTONIO'S WILL

(Click on books and links below them for more information)

BOOKS I AM READING OR RECOMMEND

“Do you know who Samuel Langhorne Clemens is, Antonio?” Bessie asked.
“No, chood I?” he said.  ...
“He is best known as Mark Twain, the author of The Adventures of Tom Sawyer.” .. "He worked as a brakeman on the Schoharie railroad station on Depot Street the winter of 1879, three years after he wrote his famous book,” Bessie said.
“Why would he do that, a famos author?” Antonio asked.
“A self-published author, I should add.”

The Adv. of Tom Sawyer (paperback in English)

The Adv. of Tom Sawyer (e-book in English)

"El Gíbaro, written by Manuel A. Alonso in 1849, described the criollo daily life. Rural speech patterns portrayed the Puerto Rican-born criollo view of the world and gave hope to the jíbaros, the rural poor, to attain education and gain employment, even in times of hardship." - Antonio's Will

El Gibaro or El Jíbaro (above) are reprints of the original book by Dr. Manuel A. Alonso (1822-1889), a physician who was considered the first Puerto Rican writer of notable importance.